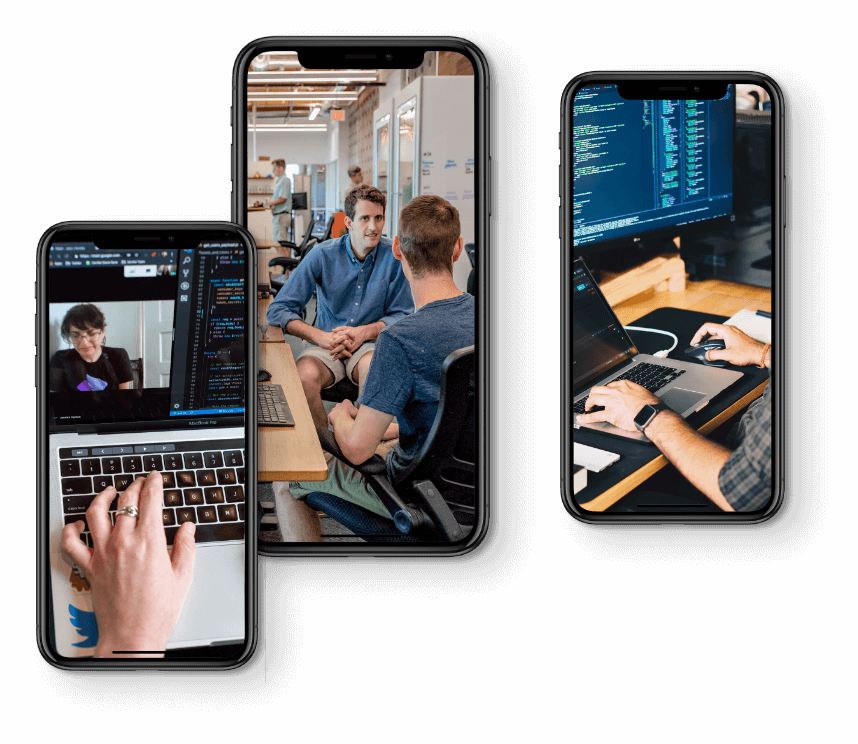 Our client is one of the largest digital product agencies in the United Kingdom with over 12 years’ experience in mobile application development for global brands. They hired us for development services for two different mobile applications projects, which mostly consisted of iOS and Android tech stack. Our cooperation started in January 2020 and continues today. At first, the client hired one of our developers; now 10 of our mobile developers work on the client’s projects in teams consisting of four developers and one tech lead for both iOS and Android tech stacks.

Our partnership with the client is growing all the time and becoming increasingly professional and tight.

Our main challenge was the verification process on the agency side as well as on the client’s end. In the beginning, it took really long; it consisted of several stages, including pair programming sessions. Ultimately, after six months of cooperation, we managed to shorten it to two stages in total, taking three hours per candidate. This accelerated the onboarding of new developers in projects by 260%.

Another challenge was customer developer turnover. To avoid this we took time to carefully analyze the soft skills and competencies of our developers, and we have adjusted the entire team for over a year. Thanks to this, the programmer fluctuation is 5% per year. We believe that careful evaluation of clients’ needs and their work culture helped here. It was not an easy task, but in our opinion quality always comes before quantity.

To provide the best possible IT staff augmentation services the arrangement of the team structure between two agencies was also one of our priorities. Several of our tech leads along with several from the partner agency, supplemented by developers from both agencies, had to cooperate and contribute their skills. In order to do so properly, we introduced a Team Design workshop to efficiently organize teams consisting of two agencies. Thankfully, with our workshop experience, it went well and helped us organize work for the dev teams.

When you cooperate together with someone for a long period, it is crucial to establish a common work culture. Applover’s developers teamed up with the agency’s, and they started by meeting each other on joint daily and standups which were not only dedicated for their project but for the client’s entire company. This allowed even our HR and Sales and Marketing teams to integrate and cooperate with each other.

Although there were many technological aspects as our developers worked on various projects for the agency, we want to focus on our cooperation on this occasion, as this is the biggest fear when it comes to outsourcing. Our experience allows us to say that the tech stack can be adjusted, technological solutions can be tough but there is nothing that would not be possible if you have the right team. And when it comes to the people who are going to be working on the project, it is essential to make them your priority.

That is why, before the pandemic, one of the teams (five developers) worked for our client in the mixed model – two weeks on-site in a different country and two weeks at ‘home’ at our office/remotely. It was quite a logistical challenge, but we managed to organize such stays for three months before Covid-19 caught us.

Moreover, when it comes to long-term partnerships that are based on transparency and trust, common rules of work have to be established. We developed communication, work and quality standards together during the first 3 months of cooperation, which made our combined teams work even more effectively. A very clear and transparent account management process between the two agencies, weekly check-ups and team engagement allowed us to establish such cooperation that lasts till today.

Many companies are afraid of leaking their know-how when they hire outsourced developers. We cannot disagree more. Our partnership allowed our dev teams to exchange knowledge, experiences and solutions. They provide edu sessions for each other and are found to be highly valuable for each site. 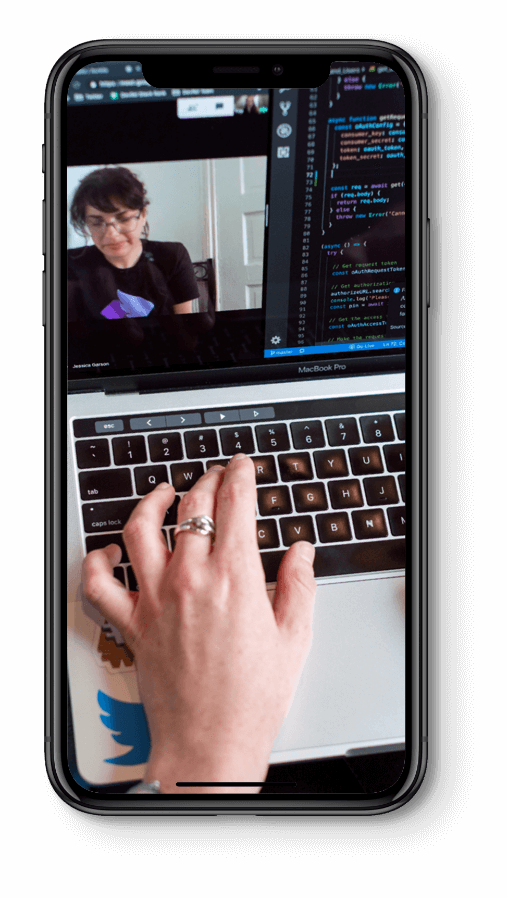 Several of our tech leads, as well as several from the partner agency, had to collaborate and provide their expertise, which were supported by developers from both agencies. 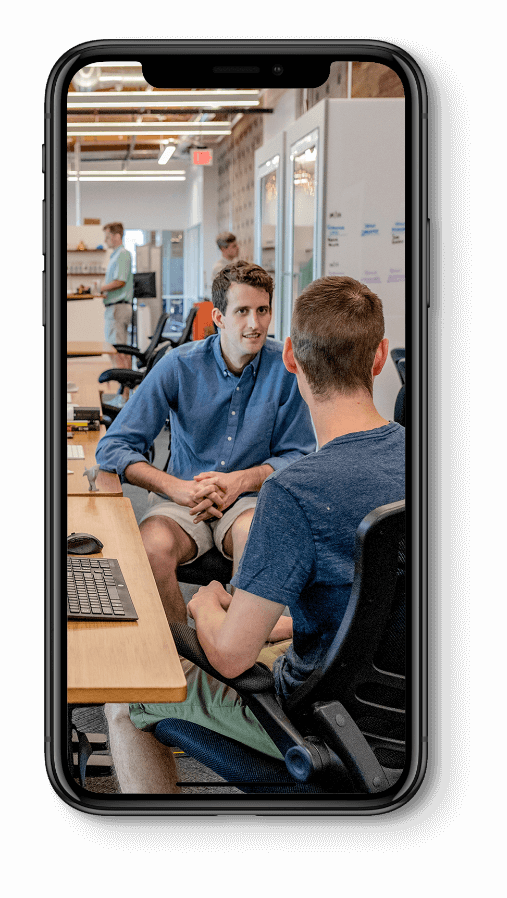 Applover's engineers collaborated with the agency's, and they began by holding daily meetings that were not only focused on their project but also on the client's complete organization. 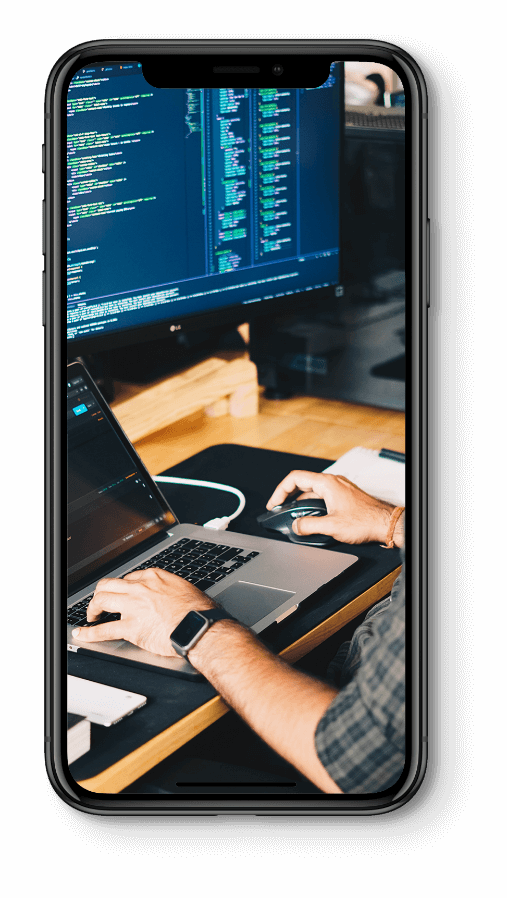 For both iOS and Android tech stacks, ten of our mobile developers worked in teams of four developers and one tech lead on the client's projects.

We believe that the main outcome is that we established such a well-organized and long-term collaboration with our client. It is our biggest achievement that we could work together despite different locations, lockdowns and the global pandemic. Moreover, 3 of our developers have been appointed as tech leaders of the target client. Our contracts were extended from the original three months to 18 months. We eagerly exchange knowledge by holding joint workshops for departments not related to IT development. The digital product agency saved around 20% of their budget on IT staff as they did not have to employ the team internally, and we were able to expand their team on demand, whenever it was needed. What is more, they were able to scale the team and agency revenue without the risk of costs on their side. They trusted us, and this decision helped them grow. 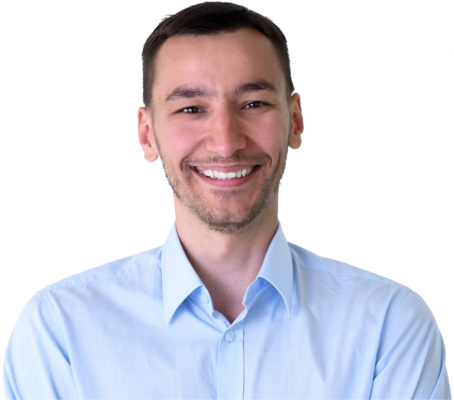 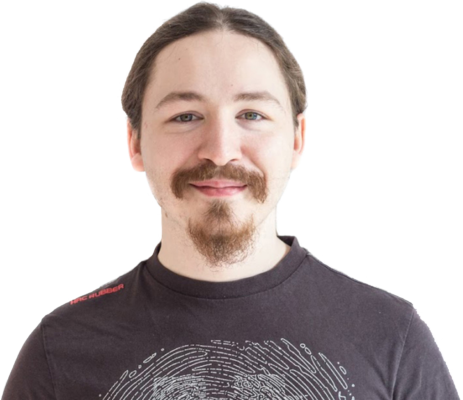 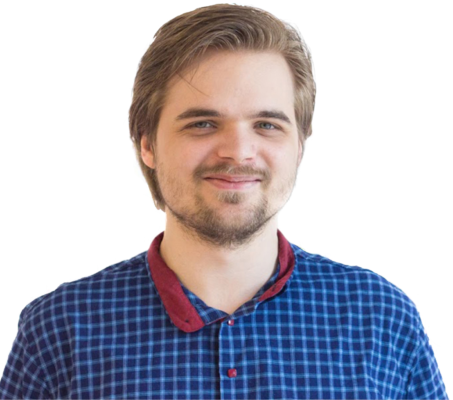 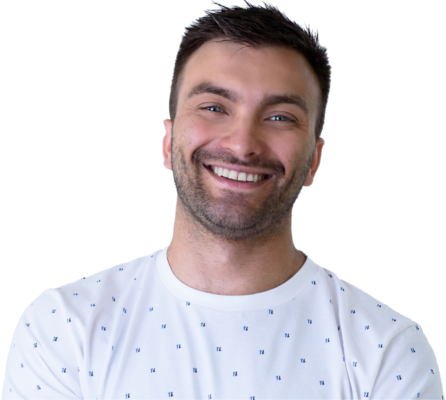 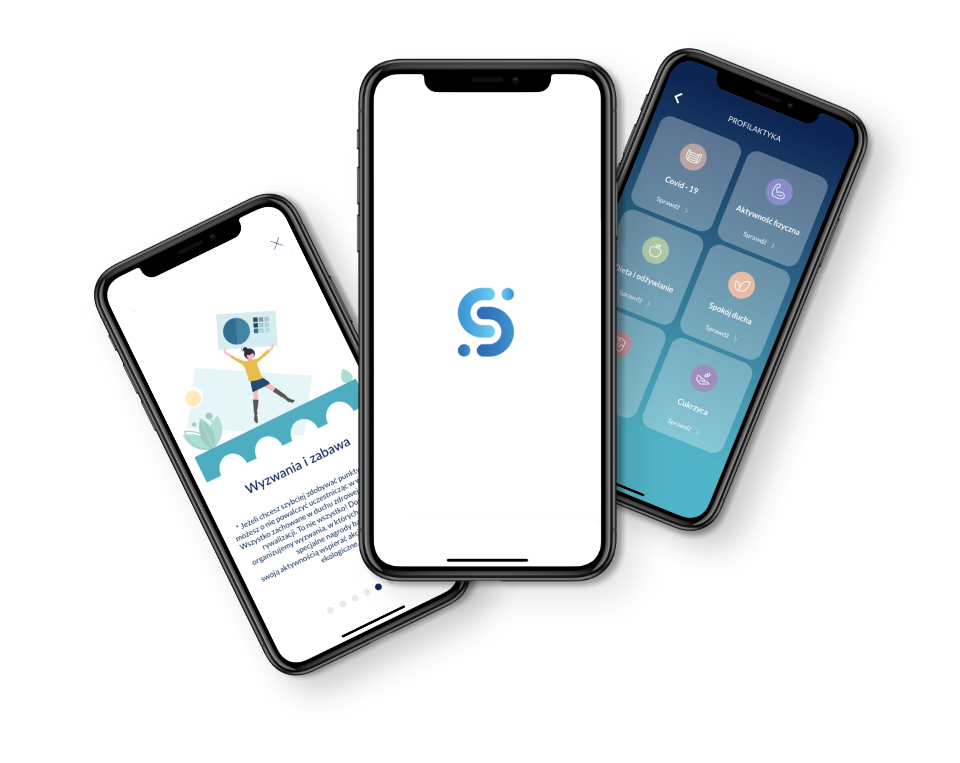 Insurance policy app that rewards users for healthy behaviors such as walking, running, and cycling. 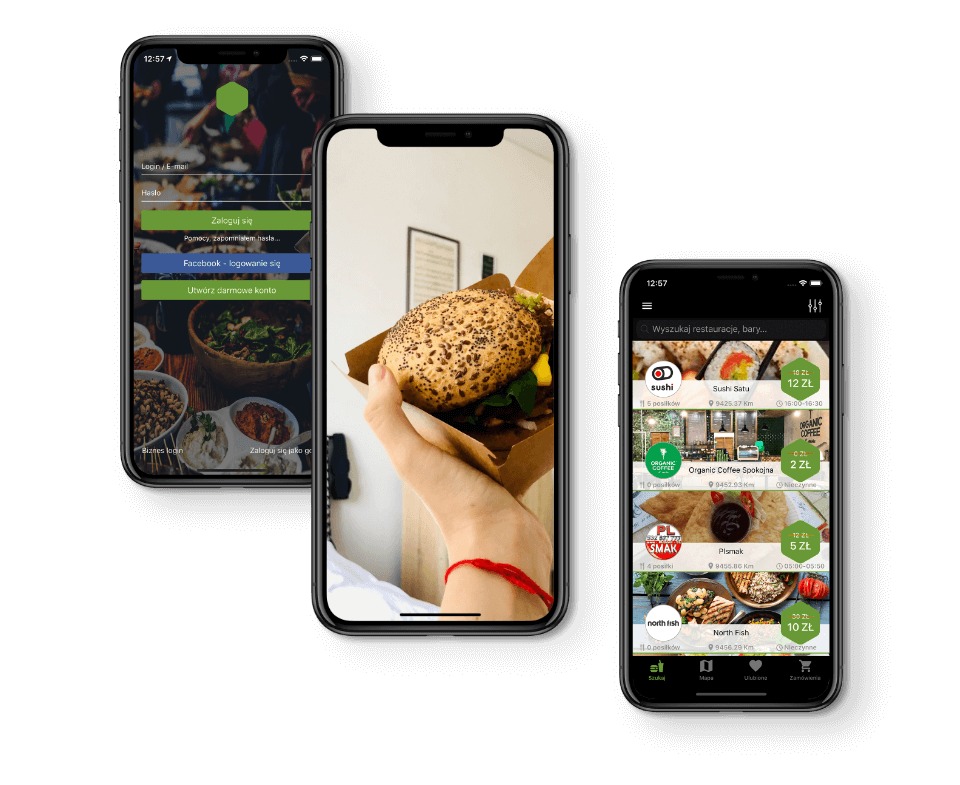 Mobile app that helps restaurants sell all their prepared dishes, and users to buy priced of high quality food that would other way go to waste. Everybody wins. 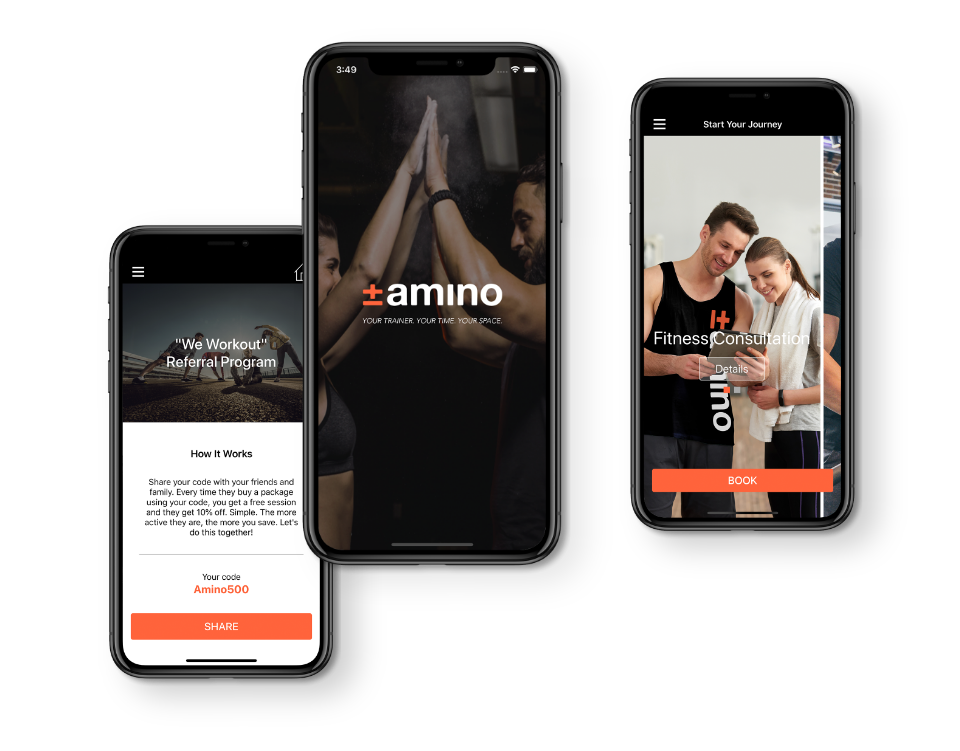 Why wait? Tell us about your needs! 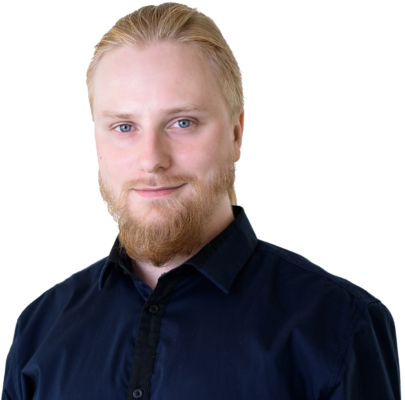